Sibenik is situated at the middle of the Croatian part of the Adriatic coast at 43º44’ N and 15º55’ E at the picturesque, indented bay into which flows river Krka, one of the most beautiful Croatian karsts rivers. St James’ cathedral dominates this beautiful city and it is the most significant architectural achievement of 15th and 16th century therefore included in the register of UNESCO World Cultural Heritage.

Sibenik is placed at the most protected natural harbour at the Adriatic coast and is the capital, cultural, administrative and economical centre of Sibenik - Knin County with about 50.000 inhabitants. The city is renowned for having the largest number of churches in the old centre of all Dalmatian towns. Most of them are nowadays converted into museums, galleries and similar exhibition places. The old city centre is a labyrinth of narrow Mediterranean streets (kala), squares and labourers’ houses but also nobles’ palaces can be found there. During summer, temperatures in Sibenik are relatively high, but are eased by the pleasant wind mistral, blowing from the sea towards the land.

Charter a yacht in Šibenik.

The town of Vodice is widely known for its traditional manifestations but also for the rich club scene and numerous concerts performed in the summer season therefore are the favourite destination not only for yachtsmen but for young people as well. One of the main characteristics of the Dalmatian towns can be found here – narrow Mediterranean streets, but one of them is special – so called Narrow street – in which two people cannot pass next to each other. In Vodice centre there is the only Aquarium and Museum of maritime tradition in Sibenik - Knin County.

Split is not only the main urban, cultural and traffic centre of Dalmatia from wich road and maritime connections lead to many vacation centres in Dalmatia but Split is more often the tourist destination itself. It is the second largest Croatian city with more than 200.000 inhabitants and 1700 year old history. There are many archaeological, historical and cultural monuments in Split among which the most famous is the renowned Diocletian palace, included in the register of UNESCO World Cultural Heritage. It is rich in cultural and entertaining events, especially in summer, when Split with its squares, yards and other areas transforms into a large open air stage.

Zadar is a city of extraordinary history and valuable cultural heritage. Located in the centre of the Adriatic, Zadar is the urban centre of the Northern Dalmatia as the administrative, economical, cultural and political centre of the region with about 90.000 inhabitants. Zadar offers numerous tourist activities in an interesting combination of the beauty of the past and all new amenities required by the modern traveller. It is located at 44º06’51’’ N and 15º13’40’’ E. It has developed at the favourable position in the centre of the east Adriatic coast, protected by the archipelago of its islands from the influence of the open sea, which had great importance in the period of maritime traffic domination.

Dubrovnik is world known for its cultural and historical monuments which UNESCO protected by its charter in 1979 thus included it on its list of World Cultural Heritage.

Dubrovnik is not a city museum but a city with plenty museums, living life to the full. About continuity of living in Dubrovnik testify traces of prehistoric and Hellenistic period. According to the latest available data, 3500 inhabitants live here. In Dubrovnik, the most prominent is deep and harmonious interfusion of ancient heritage and modern life. At the main square and its vicinity there are capital constructions and the most valuable cultural monuments.

Idyllically situated in a horse-shoe shaped bay, Umag is a small town full of contrast, full of juxtaposition of the old and new and it speaks picturesquely of its past to visitors. It was already recognized by the Romans who turned it into their summer residence. The magnificence and splendour of those times today is reflected in many Venetian houses in the old part of Umag. Umag’s hinterland offers newly discovered tourist attractions like mountaineering, caving and other chances for adventure enthusiasts.

Rovinj is a former fishing town and today is a tourist resort long time known as a town with beneficial climate characteristics. The town seduces with its narrow medieval streets and warm Mediterranean atmosphere. The Rovinj surrounding offers numerous recreational, biking, horseback riding and hiking trails.

Don`t miss out on our special offers with up to 40% discount in last minute yacht charters Croatia and early birds booking offers.

Here you can find out all the Croatia yacht charter prices. 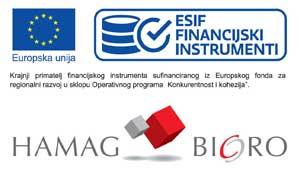